Musikkens Hus is situated on the waterfront of Aalborg, Northern Denmark, with a panoramic view of the LimFjord. Home to The Aalborg Symphony Orchestra and the Jutlandic Academy of Music, the iconic building was designed by Austrian architectural firm Coop Himmelb(l)au.

The building itself has an area of 20,000 m2 spread over nine storeys and houses four different concert halls with a capacity of up to 1,299 seats, educational section, performance studios and rehearsal rooms. The main 1,200 capacity auditorium sound system consists of Tannoy’s Qflex series speakers, with Meyer Sound UPJuniors for stage lip and QSC ILAs for under balcony fills, controlled by Meyer Sound’s Galileo Loudspeaker Management System. 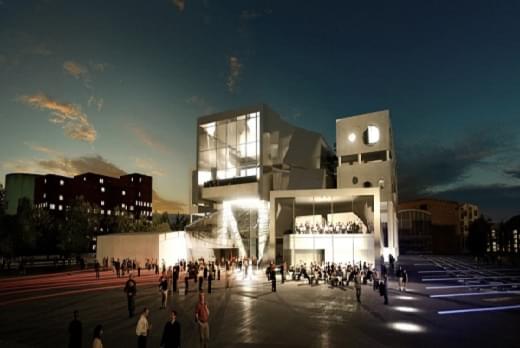