“We have over 20 trucks in action at any one time requiring many miles of cable. We use Van Damme cable extensively because it has proved to be reliable and well made. It really withstands the rigours of outside broadcast use.”

In addition to its OB Vehicle fleet, NEP Visions has an extensive range of production facilities with in-house technical development and a vastly experienced support crew to back it up. The fleet is equipped with the latest production facilities and can be found on location anywhere in the world. 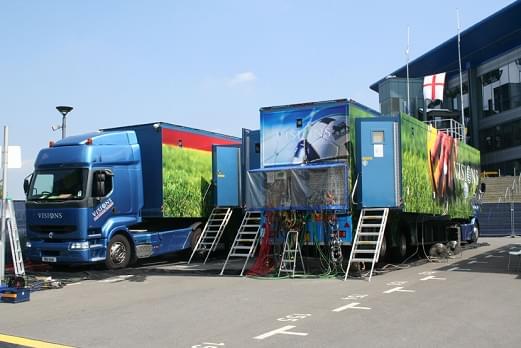