In the heart of Vienna, one building in particular’s classical façade hides a very modern surprise. Woody Tone Studio is a gem hidden away in an Austrian penthouse. It may be a cutting edge studio packed with innovation but it definitely stays true to its retro roots.

Inside the stunning studio, central focus comes on its pride and joy; the 16 channel Rupert Neve Designs 5088 console loaded with Shelford 5052 Mic Preamp / Inductor EQ modules; in addition to Merging Technologies AD/DA conversion and ATC monitoring. A beautiful array of fully-restored vintage keyboards are also dotted around the rooms. The control room itself is complemented by superior engineered birch walls that provide natural sound diffusion.

Owner Julius Kienlein procured the Rupert Neve desk from US based Josh Thomas of Rupert Neve Designs who is also owner of Fingerprint Audio – Van Damme’s distributors in the USA. Through Josh, Julius contacted Export Director Adam Jafrabadi to specify Van Damme cables and for the design and supply of a patchbay system throughout the studio.

Julius Kienlein was full of praise of his experience with Van Damme; “I came in contact with Adam Jafrabadi from Van Damme through Josh Thomas, General Manager of Rupert Neve Designs, who have both given me tremendous support in conceiving the Patchbay system” he said. 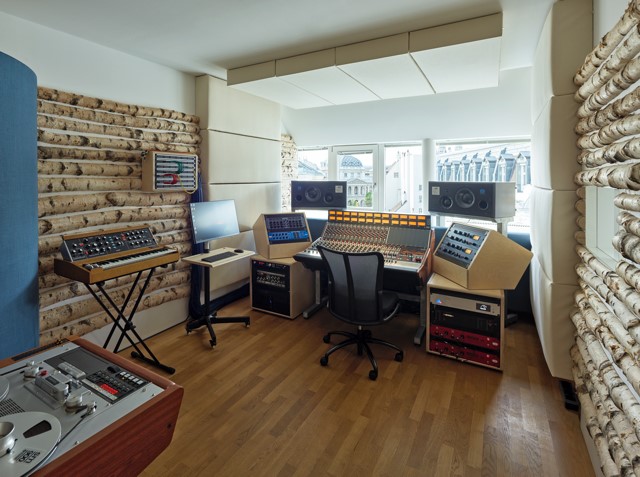