Van Damme at the core of new Birmingham Conservatoire

The installation was implemented by AV and IT integrator Vanti, who’s Project Co-ordinator Kezia Nathan commented:

“This was a really interesting project for us. While we’ve worked on performance venues before, we’re probably better known for office fit outs to commercial companies, so https://www.van-damme.com/wp-admin/profile.phpthis was a great project to be involved in and one that allowed us to work with some companies for the first time.”

These included Solid State Logic, who supplied 9 consoles to the project, sound reinforcement from Meyer Sound and a huge amount of Crestron devices.

“We used Van Damme cable throughout the venue, particularly in the studios to the desk consoles, racks and patchbays. In one of the main studios we had 27 cable runs of 16-core and 8-core Van Damme Blue Series, so it was heavily wired.” 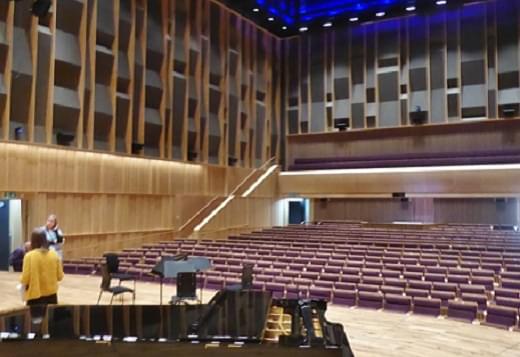