Liverpool continued their domination of world football last month when they stormed to victory to clinch the FIFA Club World Cup title. The interleague competition brings together some of the world’s best football clubs; with the 7 recognised Continental Champions battling to crown an ultimate Champion, attracting thousands of residents and visitors.

As part of the build up to the final, with Liverpool facing down Flamengo, FIFA commissioned an entertainment package for the fans with the likes of Katy Perry, Maroon Five, and Latin star Maluma performing at The Doha Convention Centre.

Van Damme’s Qatari distributors, Edge Electronics, handled the gig. Dino Dramakis, who heads up Operations at Edge contacted Van Damme and main UK distributor VDC Trading to create a custom 96 Channel, 3-way passive split system to power the gig on a tight deadline. Adam Jafrabadi, Van Damme Export Director, worked closely with Edge with the aim to design, build and deliver the system from London to Qatar; the caveat being this needed to happen in less than 10 days.

Jafrabadi was delighted to take on the project. He has designed countless systems over the years, including for Edge and sister company NMK in Dubai. Jafrabadi then proceeded to roll up his sleeves and call upon the VDC army to make the magic happen.

All in all, the system involved over 200 hours of skilled labour. VDC also hand-terminated and tested 24 x 8 Way Stageboxes, 38 x 8 Way VDM 25 pole multicores, 6 x 48 Way VDM 150 pole multicores and 6 x 48 Way VDM 150 pole XLR breakouts. Everything was completed within a week, packed, all export documents procured and customs cleared – and 2 days later it all arrived safe in the Middle East; an astronomical feat of engineering and time management.

Jafrabadi recalls with pride:
“The timeframe we had to get it done and ensuring delivery to Qatar on time was the trickiest part. It was a challenge, but I had every confidence in VDC and their skills. This is what they do best – no one can touch them on a project like this. VDC pulls rabbits out of hats regularly; “The Show Must Go On” is just in the VDC DNA. I’m really pleased that Edge came to us and we smashed it out the park for them. It’s a really prestigious one and definitely one to remember for the Export team”

Qatar have won the contract to host the tournament for 2019 and 2020. The 2019 competition has firmly placed Qatar centre-stage in terms of entertainment and sport and no doubt, with Doha’s futuristic skyscrapers and other ultramodern architecture continuing to attract more and more live entertainment to the nation, we haven’t seen the last of Van Damme being involved in big things over there. 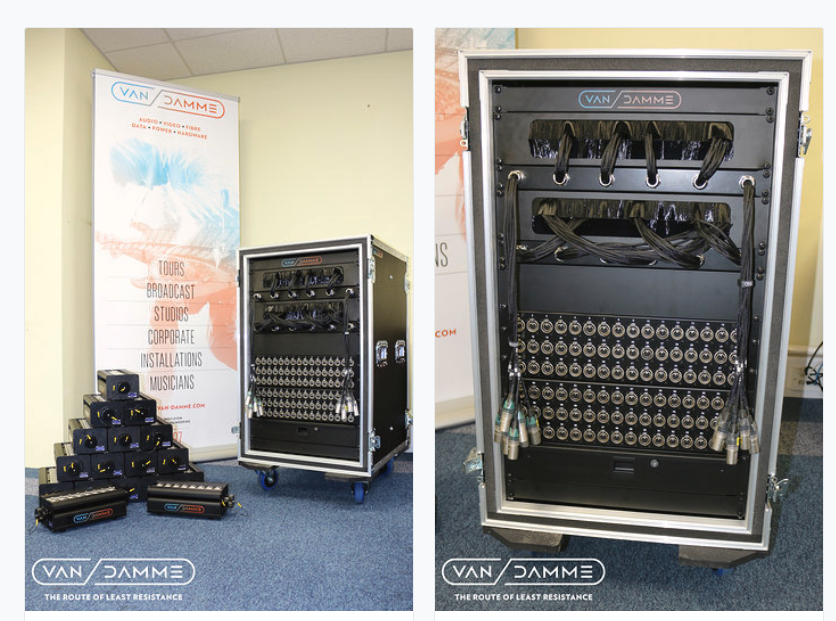